Current Cash (1907)
Played the part of Private Ned Bootles in a production by the Stenhousemuir Amateur Dramatic and Musical Association at the Dobbie Hall.

A very large share of the work and responsibility as to the success of the piece rested with “Private Ned Bootles” (Mr James Finlayson) and “Rev. Lincoln Green” (Mr G. Anderson), and right well did they sustain their parts. Mr Anderson, as the quiet, simple vicar, was particularly effective, while the part of “Bootles” could not have been in more capable hands than those of Mr Finlayson.

The Shaughruan (1909)
Played the part of Captain Molineux in a production by the Larbert and Stenhousemuir Musical Dramatic Club.

Mr James Finlayson, who has scored previous successes, added considerably to his laurels as “Captain Molineux”.

East Lynne (1910)
Played the part of John Dill at the King’s Theatre, Edinburgh in a production by the John Clyde company.

Among other good impersonations may be singled out Mr. J. Finlayson’s John Dill 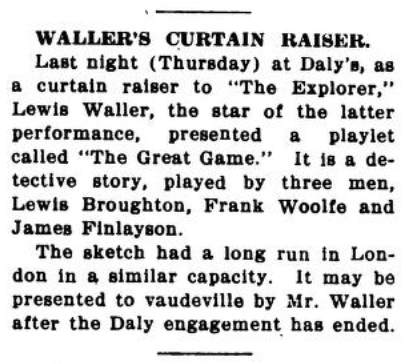 Played the part of I. Marsh (a detective disguised as a teuchtar) at Daly’s Theatre, New York.

James Finlayson had an excellent opportunity, which he did not miss, for developing two characters in his one role – the simple, naive Scotsman and the artful, determined detective. The remarkable thing is that he managed to do them both at the same time.

The Minister’s Wife (1912)
Appeared with Fred A. Le Duke and Jessie Parker in a vaudeville farce at Proctor’s 125th Street, New York. 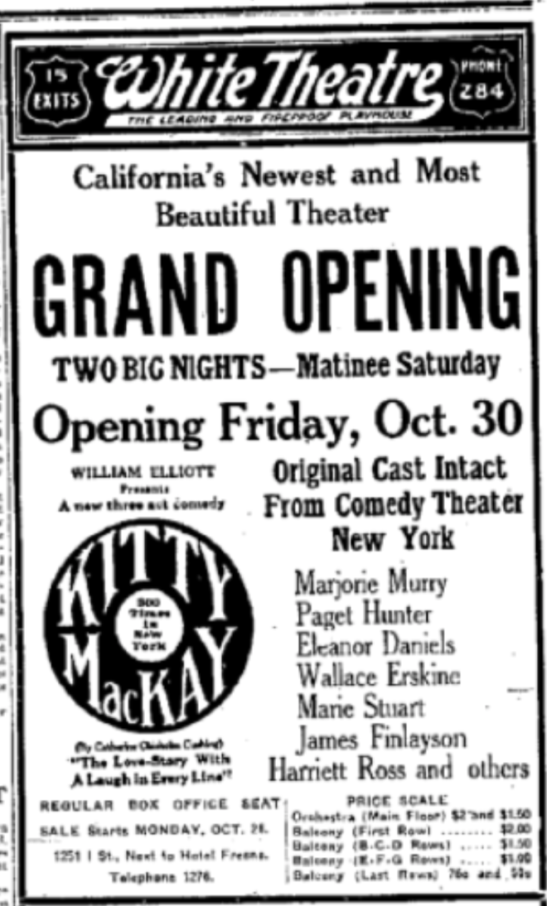 The Night Before (1916)
Played the part of Auld Rab MacBeth in a production at the Copley Theatre, Boston of the musical comedy written by Harry Lauder.
Source: Boston Sunday Post, 23 Jan 1916.

James Finlayson and Marie Stuart made an admirable parental couple.